Steve Heron is a children’s author based in Western Australia. I first met him at a SCBWI retreat on Rottnest Island last year. Who knew back then, that we would end up sharing the same publisher and that months later, we would meet at my favourite Japanese cafe to talk about his middle-grade novel, Maximus.

NLK: What was the inspiration for writing Maximus?

SH: A personal encounter with a magpie I named Maximus was the spark that ignited me to write the story. The chance meeting with this bedraggled bunch of black and white feathers was analogous to the pastoral work I was involved in with children. Maximus had been rejected by the flock and was flailing like many kids I came across with friendship and family issues. It’s tough for kids when they lose their mojo. Years of working with exceptionally ordinary children struggling with life’s assortment of challenges, the compelling urge to tell their stories respectfully and anonymously, and the connection with the magpie, bolstered my desire to write Maximus.

NLK: You’ve written picture books and Maximus is your first middle-grade novel. Did you find it difficult to make the transition? What was the biggest challenge you faced writing Maximus?

SH: I’m not sure there was a defined transition. My early picture books were probably more like short stories compacted into picture books. Five years ago, I studied a Diploma in Children’s Writing and Publishing. One of the assignments was to write the first chapter of a middle-grade novel. The story was inside me looking for a way to wriggle out. I wrote 1,000 words before realising I only needed to write 500 words for the assignment. I kept writing. Twenty-five thousand words later, a few rejections, a serendipitous pitch with Serenity Press and with their belief, Maximus is now a reality. I suppose the biggest challenge has been nailing the grammar. Commas can be a curse.

NLK: What message do you most want readers to glean from reading Maximus?

SH: Stuff happens – to everyone. Hope is what pulls us through the awful bits, and there is always hope. Maximus strikes at the heart of everyday issues that many pre-teens experience and will hopefully help children realise that grief and other life challenges affect their emotions, and in turn, those emotions affect their self-confidence and social connection. When you’re down you lose power, when you lose power, you become vulnerable. Balancing the power when you think someone is not treating you with respect is important. Maximus is a story about balancing the power and encouraging hope.

Life is like riding a wave – when you catch a good one enjoy the ride.

NLK: What was your favourite childhood book?

SH: I can remember a Little Golden Book called Tootle about a cute little train and I had a set of Charlie Brown books (I still have them) – I liked them all especially when Charlie Brown went to camp in It’s The Great Pumpkin, Charlie Brown. My favourite children’s book is The Sea Thing Child by Russel Hoban.

NLK: You’ve previously worked as a chaplain to schools. In 2016, you were awarded an Order of Australia Medal for your service to children through social and emotional wellbeing programs. Can you tell us a little more about your background and how you came to writing?

SH: I’ve worked with kids since I was a kid myself. I’m not sure where my passion for building children up came from, I just know that children tell me they feel respected and listened to by me. I strive to do whatever I can to help kids reach their full potential. In my pastoral work, I’ve used children’s books and have an extensive collection. I found many ‘self-help’ books don’t engage children and I wanted to bridge that gap. Occasionally, I come across children’s writers who do it well (e.g., Alexis O’Neill with The Recess Queen). After listening to children talk about the stuff that matters I gathered stories and ideas. I want to tell their stories in the most creative, powerful, hope-instilling and sometimes, quirky ways possible. I set out to write picture books and in the process, discovered I can also write novels.

NLK: What are you currently working on?

SH: I have already written the sequel to Maximus and I’m currently looking for a publisher for Snapshot. I have started novel number three and have 19 picture book manuscripts looking for the right publishers. Recently, I received a phone call from Midnight Sun Publishers saying they would like to publish my picture story book called Te Hui’s Lantern. That’s more than exciting.

Maximus is being launched in Fremantle and Busselton during March, 2018. To attend either (or both) of these free events, follow the links below:

Sometimes you need a special friend to give you wings…

Eleven-year-old Mitch is a regular kid who argues about cleaning his room, thinks his younger sister is a pain, and enjoys hanging out with his friends. But he’s finding life tough going. For one thing, he’s being picked on by Jason, both in class and on the football field, and he feels like the spirited Maddy is his only true friend. Even worse, his Fly-in, Fly-Out dad has become increasingly distant and angry, and Mitch misses their father-son time. In Mitch’s eyes, ‘stuff sucks’!

An encounter with a bedraggled magpie he names Maximus gives Mitch something to look forward to when he’s at home. As their connection grows, so too do other relationships in Mitch’s life, as his self-confidence grows, he starts to stand up for himself, and the reason for his dad’s moodiness is revealed.

Maximus is an engaging, warm-hearted story about family, friendships, self-confidence and reconciliation, with the gentle message that life is like riding a wave.

While marketed to 9-12 year-olds, Maximus is a book to be read by people of all ages who have some connection with children. Teachers, parents, chaplains, grandparents, carers, and any children’s professionals will find a treasure chest of gems in the story that will encourage and inspire. Many might even say, ‘Where was this book when I was a kid?’

The story would make a perfect class novel to be read with and by children in years 5 and 6, especially connecting with the social and emotional learning in the curriculum.

Maximus is a story about balancing the power and encouraging hope.

The tapestry of real-life issues that intertwine with the main and subplots accompanied by believable characters, easy to follow language, and appeal to both boys and girls, make the book quite unique.

The story strikes at the heart of everyday issues that many pre-teens experience and will hopefully help children realise that grief and other life challenges affect their emotions, and in turn, those emotions affect their self-confidence and social connection. When you’re down you lose power, when you lose power, you become vulnerable. 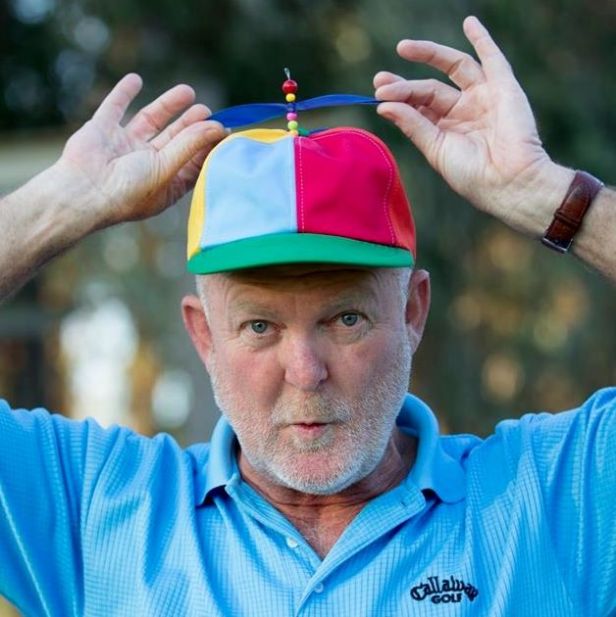 Steve has a passion to power hope in children especially through children’s literature. His love of picture books is shown by his extensive collection.
Steve craves to write quality picture books and novels that engage children, at the same time assist them with things life can throw at them.

Thanks so much @kathrynlefroy for putting me on your grid 🥰
Talking reading, book reviews, short stories vs novels, and research for my book, Can the Real JR Stand Up, Please? with voracious reader @redlooseypodcast on YouTube. Link to watch @ https://youtu.be/jxKYZI3fZ4g 📺Would love to know what you think 🤔
In the preface to Kitchen by Banana Yoshimoto:
Literally, the first ever reader of my new YA novel, Can the Real JR Stand Up, Please? is my dear friend and author extraordinaire Shirley Marr. If Shirl likes it, I’ll take another breath!
I had super high hopes for this book. Fellow Japanese lit lover @karenaihana promised I would love it! At one stage, I almost stopped reading, but I persevered and I have to say, it was the perfect soothing balm for my currently stressed out mind. This was the first time that I fervently wished that I knew Japanese as I feel so much was lost in translation. Here’s a quote from the afterword about independent shops which makes me think Banana Yoshimoto would be a fantastic person to know IRL:
Lovely to be interviewed by the talented @asholdfieldauthor who is currently in lockdown in Melbourne. Sending heaps of love to Ash and everyone in lockdown.